“The most common story going around back then, besides the
Albinos, and the statue of Mary’s lantern being lit or not meaning
safety or danger, was the story about the “White Lady”.
Supposedly, this was the ghost of Mary Buckhout, who had
allegedly hung herself from a tree in the woods up there
someplace, and now haunted the area in the form of an all white
apparition. I had one friend who actually lived on Buckout Road.
She swore that her father (on several occasions) had seen the
French doors leading to an outside porch that faced the woods fly
open on their own, even though they had been locked. He would
then see a whitish looking apparition of a woman float past him.”

One time we were at Stony
Hill Cemetary, we were just
hanging out there and only
half of us saw it but there
was a woman on the left part
of the hill to the side/back in
a white dress and she was
just staring at us, so i started
to walk towards her, and she
vanished in front of me.” 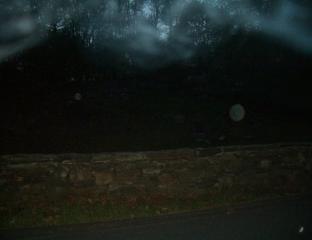 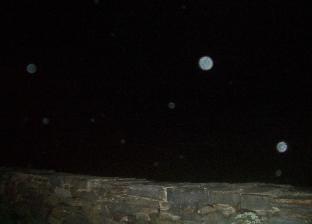 “The story I remember about
the Barrymore house was that
someone in that house had
seen a ghost on one of the
rafters, days later the rafter
broke in the spot where the
ghost was seen, killing a
house resident” –
The Buckhout & Baldwin Family Cemetery on Buckout Road (road is spelled “Buckout”, the family’s
name is “Buckhout”) had 43 bodies buried in it.   There is only one visible headstone which belongs
to John Buckhout and his wife Charlotte, it is not the original headstone.  There are bases of two
other headstones.  Who else is buried there? There are no grave markers.  The Westchester County
Historical Society did become aware of this in the early 2000’s and plan to create a memorial plaque.
A decade later, that has not happened, nor were the names of the other 41 people released.  Could
Blood shed during Revolutionary War battles?Are there Native American burial grounds?  There were Native Americans , surely they would bury
their deceased somewhere.

Why have numerous people claimed to have seen the ghost of a woman in white in The Stony Hill
Cemetery? This is a cemetery of freed slaves with a lot of history behind it.  Is there a connection
between this and the alleged haunts of Mary Buckhout appearing as an all white apparition ?